Webinar: Behind the scenes of big business and politics

The British-Norwegian Chamber of Commerce together with Advokatfirmaet Ræder have brought together business leaders who will give a ‘behind the scenes’ look at some of the major events which took place this year. 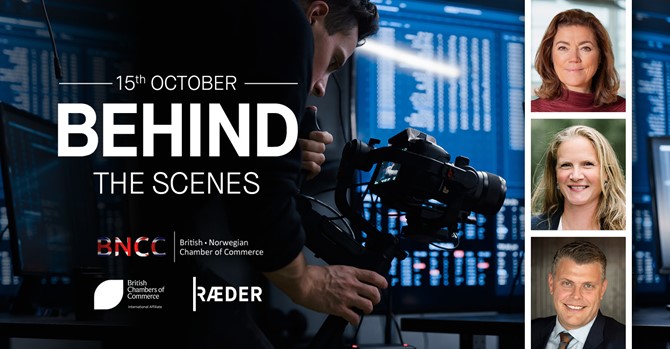 The 21st of July they released the news that shocked: Adevinta had out-maneuvered all their global competition and bought eBay Classified Group.

In the middle of March the pandemic hit Norway. The Norwegian government implemented the strictest restrictions since WW2 and the majority of us crept into our corona safety zones, our home offices. Meanwhile, the NHO was busier than ever before. Negotiations with the government for survival packages were paramount for the industries that had fallen victim to the crisis.

Kristin Skogen Lund: CEO in Schibsted. She has previously held leading positions in Norwegian and International companies and organisations and holds various board positions.
Mari Sundli Tveit: Deputy Director General of NHO. Former rector at NMBU, holds numerous board positions within academia.
Jøran Kallmyr: partner and lawyer Advokatfirmaet Ræder AS, former Minister of Justice. He will sum up the debate and share own perspectives from ‘Behind the scenes’.

Register your attendance for the webinar in the form below. Link to the livestream will be sent by mail in advance of the event.