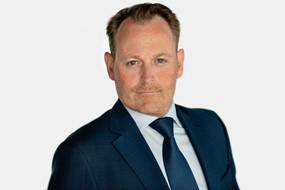 Erik has led and assisted a number of large mergers, acquisitions, business transfers and other equity transactions, including major property transactions, of which several have been cross-border.

Erik has a Master of Laws degree from the University of Oslo, an American Master of Laws (LLM) from Chicago and has attended the executive Corporate Finance program at the Norwegian School of Economics in Bergen (NHH – Executive). Erik has a license to practice law in both Norway and in New York State in the US. Before joining Ræder in 2008, Erik practiced as an attorney in Manhattan in New York City. On the strength of Eriks’s admission to the New York Bar, Ræder has been appointed sponsor on the OTC QX, the premium listing on OTC Markets in New York City.

Erik is a recognized attorney within his field in the Legal 500.

Erik is a member of