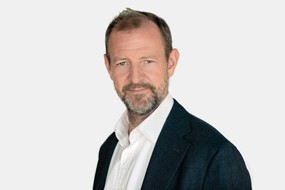 Fredrik Ottesen is a recognized attorney in competition / antitrust law.

Fredrik Ottesen is an experienced attorney advising on issues related to competition law, including assistance in connection with mergers and acquisitions, processes involving the competition authorities in connection with cartel cases and abuse of dominant positions. He regularly advises businesses with establishing and following-up compliance programs. Fredrik has advised on some of the major competition cases in recent years, and on a number of acquisitions across various sectors.

Frederik has experience in negotiating free trade agreements between EFTA and various non-member countries from his time at The Department of Modernisation. He has also handled cases at the Competition Authority, the EU Commission's Merger Task Force and the Ministry of Modernisation. Before joining Ræder, Fredrik practiced as an senior attorney at BAHR.

Fredrik Ottesen is ranked as one of Norway's up and coming competition law experts in Chambers Europe and is recognised in Finansavisen’s annual survey and ranking of Norwegian lawyers.