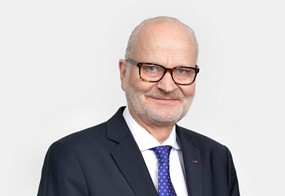 Karsten is one of the Ræder attorneys’ who fulfil the Norwegian Financial Supervisory Authority’s requirement to trade in real estate.

He completed his law degree at the University of Oslo in 1973 and got his license to practice law in 1976. When he joined Ræder in 1981 Karsten brought with him experience from both the Norwegian Defence Estate Agency, Sarpsborg Registry District Court, Oslo Tax Office and Lawfirm Wiersholm. Karsten was made partner at Ræder in 1983.