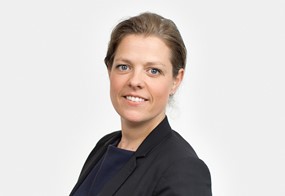 Marianne has extensive experience and knowledge of political and juridicial intersections from pursuing a political career within the Norwegian Centre Party for a 10 year period before joining Ræder. She has earlier been Deputy Mayor in Ås council and is now Deputy Chairman for The Center Party in Akershus county.

In matters involving the public sector, it is crucial to have an understanding of both the political and public processes - and with her legal knowledge and her administrative and political background, Marianne has a solid basis for providing high-quality assistance to Ræder's clients.

Marianne is a graduate from the University of Oslo and started her legal career as an associate at the Association for tenants and has in addition worked as legal advisor in Vestby council.

Other memberships
2019 - Deputy member of the board, Viken kommunerevisjon IKS
2020 - Board member Follo ren IKS

Member of the Norwegian Bar Association