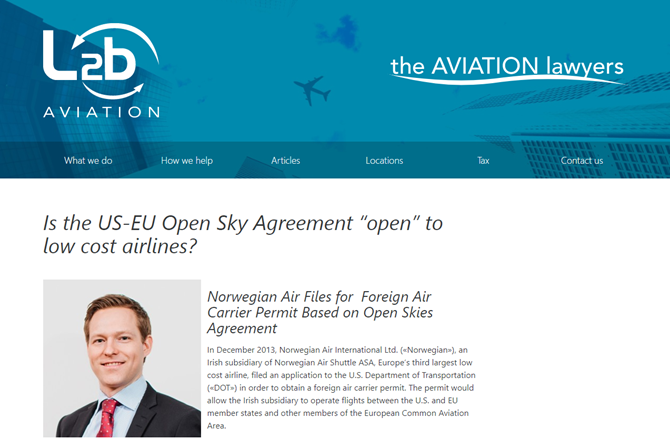 The article evaluates the Open Sky Agreement between the US and the EU and the consequences it has for the Norwegian Air Shuttle company Norwegian Ltd. Norwegian has been met with jurisdictional challenges during the process towards aquiring an American Carrier Permit for their recent Irish-registered daughter company.

"In December 2013, Norwegian Air International Ltd. («Norwegian»), an Irish subsidiary of Norwegian Air Shuttle ASA, Europe’s third largest low cost airline, filed an application to the U.S. Department of Transportation («DOT») in order to obtain a foreign air carrier permit. The permit would allow the Irish subsidiary to operate flights between the U.S. and EU member states and other members of the European Common Aviation Area.

Read the article in its entirety here.