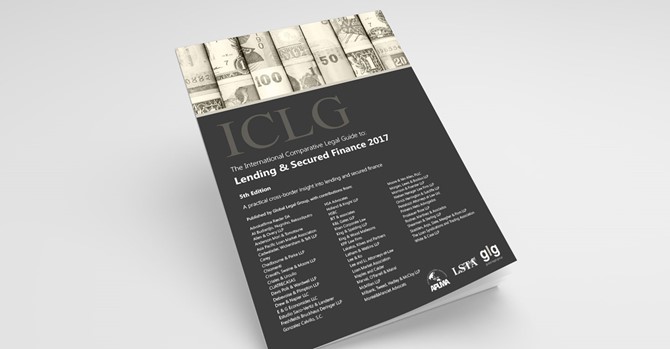 "The International Comparative Legal Guide to Lending and Secured Finance" is plublished by Global Legal Group, with contribution from 50 national expert teams on lending and secured finance globally.

"1.2 What are some significant lending transactions that have taken place in your jurisdiction in recent years?

VLS "Normand Maximus" is the largest and most expensive offshore vessek ever buildt in Norway with an estimated total cost of approximately USD 390 million. The vessel financing was syndicated by DNB, NIBC, Swedbank, GIEK and Eksportkreditt Norge.

We might also mention that the European Investment Bank (EIB) in December 2016 approved a EUR 800 million financing to a consortium comprising the Norwegian transmission system operator Statnett and DC Nordseekabel GmbH & Co. KG, each with a 50 % share in the construction of a high voltage (HVDC) link connection Norway and Germany across the North Sea."

Ræder's team on Bank and Financing advises and handles issues on project financing, financing of ships, bond financing as well as leasing financing and agreements, to name a few. We also advise key players in connection to the regulatory framework and assist in all phases; From initial structuring to drafting agreements and enforcement of security.