Agents and other intermediates are often involved in cross border activities. Unless properly handled in the contractual relationship - international transactions may result in difficult issues about competence of the courts and choice of law. 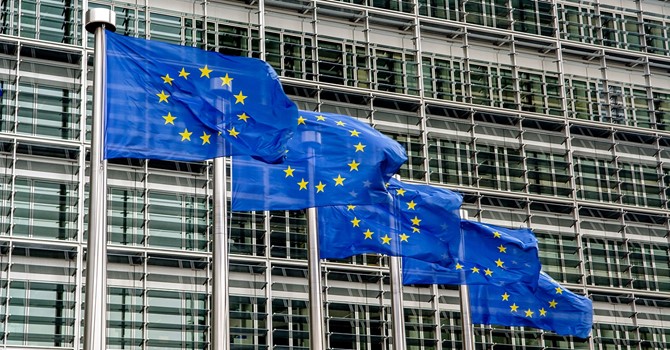 In Europe the Brussels and the Lugano (1) Conventions resolves such issues between parties domiciled within the EU/EEA area.

But what if the matter at hand - or one of the parties - does not have any connection to the EU/EEA area? This was the issue in the 'Trico/Raffles case' resolved on the 20th December 2012 by the Norwegian Supreme Court.

Raffles (a company domiciled in Singapore) had initiated litigation against the Norwegian company Trico in Haugesund Norway, alleging that Trico were to pay Raffles brokers commission for the sale of two oil service vessels.

Trico disputed the competence of the Norwegian courts. After bouncing back and forth in the legal system the question before the Norwegian Supreme Court case was whether the Lugano Convention was applicable to a dispute brought by a plaintiff from a third country (Singapore) when the only connection between the dispute and the Convention Area (EU/EEA) was that the defendant's (Trico`s) general jurisdiction was in Norway.

The court first stated the obvious - that the Lugano Convention should be considered 'lex specialis' and rank above the general regulations on court competence set forth in the Norwegian Civil Procedure Act.

The Court further noticed that according to the preparatory works (prepared when the Convention was approved) - the Norwegian Parliament explicitly had stated that in order to further unity and predictability the Norwegian courts should take decisions from EU Court regarding the Brussels Convention into 'due consideration' when interpreting the Lugano Convention.

The parties both agreed that the dispute at hand fell within the scope of the Convention (international dispute regarding civil and commercial matters). However the wording of the Convention does not give any guidance about the connection between the parties, the matter at hand and the Convention area. Conventions are agreements entered into between sovereign states and will by themselves only establish rights and obligations for and between those countries that are signatories to the convention. This 'relative impact' is clearly stated in Vienna Convention dated 23 May 1969 article 34.

So far both parties and all justices agreed. However interpretation of two decisions from the EU Court (Group Josi C-412/98) and (Owsi C-281/02) split the Supreme Court in two.

Does the Brussels Convention of 27 September 1968 on Jurisdiction and the Enforcement of Judgments in Civil and Commercial Matters apply not only to 'intra-Community' disputes but also to disputes which are 'integrated into the Community'? More particularly, can a defendant established in a Contracting State rely on the specific rules on jurisdiction set out in that convention against a plaintiff domiciled in Canada?

On this question the EU court concluded that (61) In those circumstances, the answer to the first question must be that Title II of the Convention is in principle applicable where the defendant has its domicile or seat in a Contracting State, even if the plaintiff is domiciled in a non-member country. It would be otherwise only in exceptional cases where an express provision of the Convention provides that the application of the rule of jurisdiction which it sets out is dependent on the plaintiff's domicile being in a Contracting State.

In the Owusu case a British citizen, domiciled in the UK was injured during his holiday in Jamaica. He then sued the person from which he had rented the holiday house in Jamaica. The defendant was domiciled in the UK. The plaintiff also raised claims against 5 Jamaican companies, The first question before the EU Court was: (22) Is it inconsistent with the Brussels Convention ... , where a claimant contends that jurisdiction is founded on Article 2, for a court of a Contracting State to exercise a discretionary power, available under its national law, to decline to hear proceedings brought against a person domiciled in that State in favour of the courts of a non-Contracting State:

(a) if the jurisdiction of no other Contracting State under the 1968 Convention is in issue;

(b) if the proceedings have no connecting factors to any other Contracting State?

The EU Court concluded that

Based on these two decisions the minority of the Supreme Court (2 judges) concluded that the Norwegian Courts could not decline to resolve the matter. The majority (3 judges) disagreed. In their opinion there were no indication that Lugano Convention should deviate from other international agreements. Conventions establishes rights and obligations only for the signatory states, and the rules of a Convention are provided for the purpose of the signatories own citizens and territory.

The majority underlined that the two EU decision was different from the matter at hand. In Group Josi the issue was competence between courts within the Convention area (French or Belgian courts). In the Owusu case both the plaintiff and one of the defendants was domiciled within the UK - and the main issue before the court was whether the dispute was 'international'.

According to the majority neither the Owusu nor the Group Josi are conclusive in determining whether a plaintiff from outside the Brussels/Lugano Conventions area has an unconditional right to have the matter brought before a court in the EU/EEA. The majority modestly noted that it was probably not feasible if Norwegian courts were to take lead on this issue.
Also it was noted that according to Norwegian procedural law Norwegian companies could be sued before Norwegian Courts - even by plaintiffs from third countries. The case underline the complex issues that may arise were the parties has not been able to agree on where and how differences are to be resolved. The IDI model contracts will provide guidance in this respect.

Carl Christiansen is an agency and distribution Country Expert for Norway in connection with the IDI Project.

(1) The Lugano Convention is entered into between the EEA Countries Switzerland, Iceland and Norway and the EU and is in short a parallel to the Brussels convention which is a part of the EU framework.