Until recently, Norwegian courts have not awarded (sole) distributors rights on termination of the distributorship. In a decision dated 4th of June 2013 the Norwegian appeal court ordered Webasto AG to pay its Norwegian distributor as a goodwill compensation. 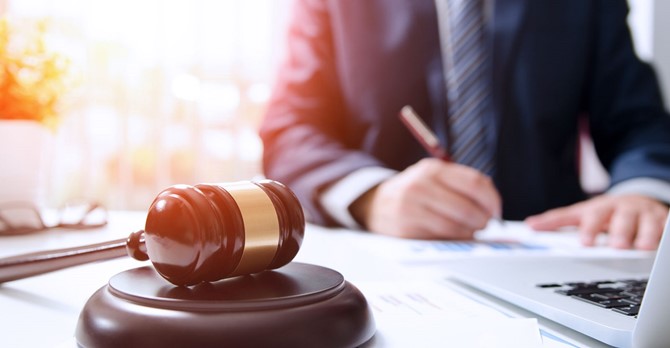 When a principal is considering whether to appoint a distributor, it is important to ascertain whether such distributor is entitled to any protection similar to those that agents benefit from under the European Council Directive EC/86/653 ("the Directive"). There is no comparable EU directive in relation to distributorship agreements, and until now (2013), Norwegian courts have not awarded (sole) distributors rights on termination of the distributorship.

In a decision dated 4th of June 2013 the appeal court of Borgarting (“Appeal Court”) ordered Webasto AG to pay its Norwegian distributor (KCL) 10MNOK as a goodwill compensation after the contract was legally brought to an end through a termination by Webasto.

The decision was unexpected as the Norwegian Supreme Court in its landmark case from 1980 (Tampax/Engelscjøn)1 held that a distributor could not claim post agency compensation based on an analogous application of the agency regulations in force at that time (“Kommisjonsloven § 68). This was a split decision (3/2) and the majority held it open whether the protection applicable to agents could, in extraordinary circumstances be applicable. However, until now no distributor has been awarded termination compensation. On should however note that the Supreme Court in its Heitman2 decision awarded post agency commission to a service agent (broker) by analogous application of Kommisjons-lovens § 68 (which only applied to agents for goods – not services).

In 1992 Norway adopted the EU directive on agency – and Kommisjonslovens § 68 was replaced by the indemnity model of the Directive through the new Agency Law. In the preparatory works of the Agency Law it was noted that (i) there “might be situations were a sole distributor has the same need of protection as a commercial agent and (ii) that the Directive was based on the German model – and thus Norwegian courts should look to Germany if Norwegian or European case law did not give sufficient guidance.

That national courts should look to German jurisprudence is also mentioned by the EU Commission in its report (on the application of article 17 on self-employed commercial agents) COM (96) 364 Final ). This report has been frequently cited by Norwegian courts –and its legal status (and correctness) as “EU law” has not been questioned.

This report does however not give any guidance or indication that distributors should be granted the same right as commercial agents.

LL COMPENSATION FOR DISTRIBUTORS IN THE EU

On the other hand the ECJ expressly recognized that Member States are free to introduce national legislation ‘inspired by Directive 86/653’, to protect commission agents. This should also be similar in the case of distributors. No such legislation has however been introduced in Norway.

Why then was the Distributor KCL granted goodwill compensation?

Firstly the Appeal court took the position that the introduction of the Agency Law undermined the authority of the Tampax case. It stated that the rationale of the Agency Law was to harmonize the legal situation in the various EU countries. The Appeal court then quoted the working committee that prepared the law – which noted that “according to the working group it is reasonable that similar regulation as mentioned in this working paper is applied in “similar distribution arrangements” insofar as this is innate”. The court also cited the comment from the working group (and the Supreme Court) that when interpreting the directive – the courts should look to decisions from the ECJ and EU countries – especially Germany.

Based upon the above the Appeal court concluded that “based on the preparatory works of the law, the rationale for the regulations and the EU directive analogous application of the indemnity provisions is possible”.

Secondly the court concluded that the indemnity provisions of the Agency Law are more adapted to an analogues application on distribution agreements than the regulations in force at the time the Tampax case was decided.

Thirdly the court held that cases from other EU countries - notably Germany should be taken into consideration. The court hereunder cited a decision by the Bundesgerichtshof dated 13. January 2010 and various German literature on the subject.

Having established the legal basis for goodwill compensation the court went on to verify if the conditions under which a distributor is granted compensation in Germany was met. The court found this to be the case (eg. KCL had to provide detailed information on its customer base).

The indemnity was fixed to 10MNOK based on a “broad assessment of the matter”. Two calculations were made. One based on the contribution margin of the products (that ended up in 28MNOK) and one based on the expected net profit for the next 12 months (ended up in 3,5MNOK).

Until this matter has been resolved by the Supreme Court - how should principals with a Norwegian distributor react to claims for compensation?

Firstly it should be noted that the reasoning of the Appeal Court case is questionable. All claims should therefore be carefully examined.

As described above there is no EU legislation that supports analogous application of the Directive on distributors. Based on the preparatory works of the Agency Law and previous rulings by the Supreme Court it is prudent to take into consideration cases from other EU Countries when interpreting the Agency law. In this respect German law will be given specific weight. However there is no indication that German Law should have a specific bearing on the question whether or not analogous application of the Agency law should be made on distributors. The Norwegian Supreme Court has also clearly stated (the obvious) that they are not bound be German jurisprudence – and may deviate if appropriate. The Mavrona case does not support such analogous application. It should also be noted that the majority of EU countries does not offer such protection to its distributors. Nor seem such analogous application available in other Nordic Countries .

However uncertainty has been introduced – and unless Webasto is overturned by the Supreme Court principals must expect claims for compensation when terminating a distributorship.

Based on the reasoning of the Appeal Court analogous application will be restricted to distribution arrangements that “are similar to the typical relationship between commercial agents and principal”. Presumably it will be a condition that (i) the agreement should provide an exclusive sales territory, (ii) the agreement include obligations which an ordinary independent merchant does not perform, such as providing extensive information with respect to sales and customers, promising not to compete with the principal, etc. and (iii) the distributors’ customers in general will become the principal’s customers at the end of the agreement.

Hopefully the Supreme Court will hear this matter and provide further guidance. Until then principals with Norwegian distributors should be prepared for claims from their distributors upon termination. In theory such claims can be made up to three years from termination, unless the courts decide that also the one year limit provided to agents also apply to claims for indemnity by a distributor.