The Norwegian Parliament has decided that the so-called “350-kroner limit”, which has been giving tax exemption for goods purchased from abroad, be removed from 1 January 2020. The change has been implemented in a two-step process where the first step, which applies to goods defined as foodstuffs, goods subject to special duties and goods subject to restrictions, became effective from 1 January 2020. The second step, which will be implemented now from 1 April, will apply to all other goods. The second step requires that the foreign supplier be registered in the Norwegian VAT Register, f. ex. using a simplified registration scheme; VOEC. 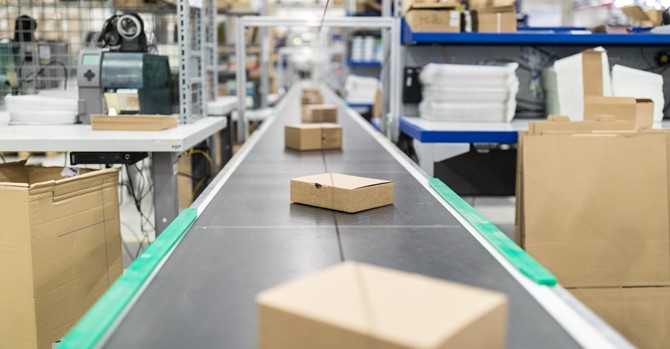 According to the legal situation that applied before 1 January 2020, goods purchased from abroad, with a value below NOK 350, were exempt from VAT, special duties, and customs. This meant that if the total value of the goods, including shipping and insurance cost, was below NOK 350, no VAT, special duties or customs had to be paid when the goods arrived in Norway. The exemption did not apply to alcoholic beverages or tobacco products.
If the goods had a value of more than NOK 350 in total, a value-added tax of 25% was initially payable, despite the fact that the goods could be duty free. Value added tax of 15% was charged on food and drinks.

The Norwegian Parliament has decided that all goods purchased from abroad are subject to Norwegian VAT, special duties, and customs, regardless of whether the goods have “low” value or not. Thus, there are no VAT, special duties and customs exemptions that apply to goods below NOK 350 purchased from abroad anymore.
Because Norway is not a member of the EU, the comprehensive secondary legislation as regards to VAT, including the EU’s VAT Directive, does not apply in Norway. As such, all foreign suppliers of goods to consumers in Norway must familiarize themselves and oblige by the new Norwegian rules on sales of goods to consumers in Norway.

The amendment that has been passed through the Parliament is to be implemented in two steps;

This means that goods that are imposed, for example, special duties such as the chocolate and confectionery tax and the special duties on non-alcoholic beverages, are subject to special duties and customs from the first krone. For such goods, VAT, as well as any special duties and customs will be collected at the border, without the foreign supplier having any registration duty in Norway in this context. The company that carries out the shipment of these goods, such as Bring, Postnord etc., may require the consumer to pay an additional fee for the calculation and payment of the abovementioned taxes.

Details on the second step (all other items)

The second step applies from April 1, 2020. This step applies to all types of goods not covered by the first step. Furthermore, the item in question must have a value under NOK 3,000.
With the introduction of this step, the foreign suppliers will be obliged to register in the VAT register in Norway, either in the ordinary way, or via the new simplified VOEC scheme (VAT on E-Commerce), provided that they sell goods to Norwegian consumers which are below NOK 3,000 (and which are not included in the first step). It is thus the foreign supplier that is registered that will be responsible for both calculating and collecting Norwegian VAT on such sales.
In order to make the regulations even easier to practice, it has been stipulated that goods purchased from foreign providers in this way, and which are not subject to special duties, should also be free of customs as long as the value is below NOK 3,000. As such, the second step implementation means that the consumers purchasing all types of goods that are not covered by the first step, will be charged with Norwegian VAT from the first krone. However, the consumers will not be charged with special duties, nor will they be charged with customs (unless the good purchased belongs in the first step category).

We recommend that all foreign suppliers that sell goods to Norwegian customers, get legal assistance as fast as possible to be able to comply with the Norwegian rules on this point. In addition to the foreign provider having to assess whether he or she is covered by the new regulations, have applied for VOEC registration etc., he or she must also make sure that he or she is familiar with the requirements for information etc. which the provider will be obliged to inform the Norwegian authorities about, reporting requirements that will apply etc. The providers must also have instruments for assessing the value of the goods, including what should be included as part of this value, currency conversion etc.